The Pirate Ruse by Marcia Lynn McClure
My Rating: 3 stars

Excerpt
An instant before the sea swallowed her, Cristabel Albay gasped her last breath. She was certain it would truly be her last breath… Yet, mere moments later, her head broke the surface of the sea and she exhaled the breath she had been holding—the one that had not been her last—gasping for another.
“Do you swim, woman?” the pirate Navarrone growled.
“Y-yes,” Cristabel stammered. Her thoughts were muddled—for panic was her only ally. Yet, she was cognizant enough to know that her life was still in danger—not from pirates perhaps—but from the sea.
“Then swim!” the pirate growled. “If you want to live to see another sunrise, then swim for The Merry Wench.”
…She glanced up to the Chichester where pirates and British sailors yet battled. The Screaming Witch was already sailing, and Cristabel would rather have died than be the victim of the atrocities that would have met her aboard it.
Yet, to abandon one pirate ship for another? It was madness! Still, she could not fathom drowning—for drowning terrified her more than any other fate of death. Her only hope in surviving was to do as the pirate ordered. …She had heard tales of The Blue Blade Navarrone—tales of mercy. …Perhaps he would take pity on her… Thus, with no other venue to follow, Christabel began to swim—to swim for The Merry Wench and whatever fate awaited her there.
My Review
I loved the characters and storyline of this book. I thought she did a great job with description--not too much, not too little. I thought the tension was great because it kept me reading until 1:30 in the morning. However, I felt like the writing itself was very awkward. She way overused the em dash (--) and repeated the same phrases or descriptions over and over. She misused filler words like then, however and though. It was very distracting and kept pulling me out of the story. I had to tell myself to ignore those things so I could enjoy it. I read the Kindle version and it had some formatting errors. By the middle of the book, the plot got more exciting and the writing issues didn't bother me as much. I think the writing flaws could be ironed out with a good editor. Overall, I'm glad I read the book.
Posted by AZ SMITHS at 8:50 AM No comments: 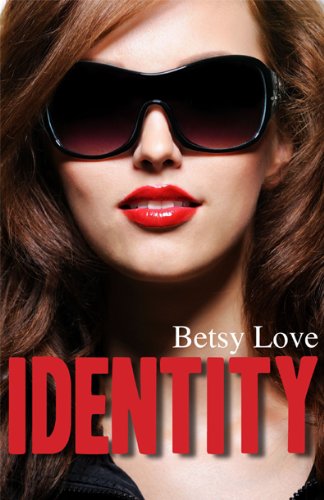 Synopsis
While vacationing in Mexico, two similar-looking young women find themselves caught in a chain reaction of mistaken identities. Amelia is a wealthy heiress and business owner, and Savannah is a sweet Mormon girl deciding whether or not to serve a mission. When they end up on the same flight to Phoenix, Savannah and Amelia unravel the sequence of events that wreaked havoc on their trips, and they make plans to resolve the subsequent misunderstandings. But their flight is cut short when the plane crashes, killing one of the young women and plunging the other into a world of intrigue and deceit where identity means everything.
My Review
I really enjoyed this book. It captured my attention in the first chapter and kept it going for the rest of the novel. I loved how the identities of the two girls intertwined, even from the beginning. I thought the writing was smooth and the plot interesting and original. There were some real nailbiting parts that kept me turning pages and shushing interrupters. The growth and change of the characters was natural not contrived in any way.
I had to give it 4 stars because there were some serious formatting issues on the Kindle version that I read. Otherwise, I would have given it a higher rating.
If you want something different in the LDS genre, or just a great read--I highly recommend this book!
Posted by AZ SMITHS at 8:43 AM 1 comment:

Synopsis
Susannah Hapsburg is totally ready for Plan C. Plan A was to get married at 22 and have a passel of kids. Still unmarried and 31, that option is out. Plan B was to work her way up the corporate ladder. However, the company she devoted eight years to just went bankrupt, giving her a bad taste for the corporate world.
Which leaves her with Plan C.

Plan C involves chocolate.
With the support of friends, Susannah puts her future on the line to open up downtown Salt Lake City s first all-chocolate café, The Chocolate Bar, a place where scrumptious conversations and delectable desserts abound.
In the midst of all this, social turmoil hits Susannah when she catches the interest of the city s most eligible bachelor just as her long-lost love returns to town--with intentions of marrying anyone but Susannah.
Can Plan C offer Susannah her just desserts?


My Review
Personality!! That's the word that came to mind as I read this LDS modern day adaptation of Jane Austen's Persuasion! As I finished the book and closed the cover at 2:00 am, I gave a satisfied sigh! That was good!Every chapter ends with some sort of chocolate recipe. I think I gained 5 lbs. just reading the book! :) Can't wait to try the recipes! I also loved how the author tied in the recipies to her story.
Posted by AZ SMITHS at 8:27 AM No comments: